The Autumn Equinox is so much more than a seasonal change.

It is a right of passage, an energetic portal that allows the old to go while we usher in the new.

Understanding that when something falls away, a renewal will always take place.  Much like the leaves change colors and fall away, to only grow again in another season.

Equinoxes are equal part day and night, light and dark.  As such, we are affected emotionally, physically and spiritually the same way.

In order to get to the light, we must embrace the occasional darkness.

We must reflect on where we are at the moment and set intentions for the next three months until we get to the Winter Solstice.

We then turn seasons again and enter another energy portal.

Equinoxes and Solstices are powerful points of time.

They are quite beneficial for intention setting as well as release.  This is harvest season, so it is time to prepare for the months ahead in all ways.

On the same day as the Equinox, the Sun shifted from the earth sign of Virgo into the air sign of Libra.

Happy Birthday to all of the Libra souls, it’s your season ♎️ !

At its highest form of expression Libra energy is all about diplomacy, balance, harmony and fairness.

The shadow side of Libra energy is people pleasing and passive-aggressive behavior so we must be mindful of this.

We are under some challenging astrology, energy that promotes quite a bit of self-reflection.

What is in your psychic suitcase?  What baggage are you carrying?  What needs to be unpacked to lighten the load?

Most importantly, what is the condition of your soul?

Libra is the sign of partnership, of the other.

Where and how are you showing up in all of your partnerships, your contracts?  Or even more deeply, where are you not showing up?

Remember that others are merely mirrors to us, to show us where we light the path and also where we can go dark.

Be good to yourself, be good to others.  It has been complicated lately!

Much more on the current energy, watch below.

We have a New Moon in earthy and analytical Virgo this Thursday, 9/17.

The Sun aligns with the Moon in the sky when it’s a New Moon meaning that they are in the same sign –Virgo.

Virgo is an earth sign that is as intuitive as it is analytical, tidy and organized, structured and neat (at its highest form of expression).

This sign loves to have a schedule and to get the job done correctly.  The devil is in the details with Virgo.

Sitting nicely with Saturn in a supportive trine, this New Moon energy is like a breath of fresh air nestled within the recent cosmic chaos.

Saturn is the planet that loves structure and work.

Saturn also rewards us for a job well done and this is where the beauty of this New Moon energy lies….in the planning.

Use this time to motivate, to cleanse, to clean up loose ends mind, body, soul.

Take inventory of your digestion, also what Virgo rules over.

What have to processed and digested these last six months?  Emotionally, physically, spiritually?

As we move towards harvest season, the Sun enters Libra and we experience the Autumn Equinox- a profound time of less light as we lean towards letting go of what we cannot control.

Just like the Moon peaks and becomes anew again, we too have the potential to do the same.

Allow yourself some quiet reflection at this New Moon to make a list of all you wish to manifest and allow your dreams to come alive.

Why is this a big deal?

Well…Mars only ‘retrogrades’ once every two years or so and this time?

He happens to be in his natural domain of fiery Aries.

Aries is courage and strength, power and will.

Mars is the planet that is responsible for our drive and our force, our motivation, our aggressiveness and will to fight for what we want.

He shows us where and how we assert ourselves, or how we must learn to in order to live our highest truth.

So while he is back-pedaling through the cosmos, he is also slowing down our drive whether we like it or not.

Here’s the thing…..we want to push ahead, we want to win.

Both Mars and Aries will fight the fight until they are the victor, until the very end.

Somehow though we are slowed down, perhaps even blocked from forward movement.

Collectively, this is a big deal and we have already begun to see issues of power being played out on the world stage since late July, went Mars went into his ‘pre retrograde’ mode.

Intensity is the name of the world game these next few months.

What is important to keep note of during this retrograde: sometimes no matter how hard we try, no matter how much we fight or strive to push forward, when there are blockages it’s best to rest on our laurels.

Mars is aggression and anger as well.

Our personal hot buttons can and will likely be more triggered than normal, as this is a highly karmic time.  Pay attention to your own anger under this energy, as it is here to teach you something.

Before you say ‘but, but, I’m not angry!  I love everyone and everything’!  Nonsense…we all have a Mars, we all have anger.

We all have issues surrounding power and control.  The way we assert ourselves, the way we do not, the way we allow others to make decisions for us, etc.

There is always a hot button and with Mars Retro?  You can bet it will get pushed at least once or twice!

Especially when looking to your personal chart, your personal Mars narrative- you can see which area of your own soul will be getting triggered the most.

*Video on how to find your transiting mars right here.

Look to the house that Mars is transiting for the duration of this retrograde, as this is your Mars theme.  This is where you are called to go inward, to reflect and revise where need be.

Hey, let us not overlook the fact that our triggers are gifts!  Waiting to be unwrapped to show the shiny new item: enlightenment.

Remain reflective versus reactive, stay in each moment as it comes up.

Transformations are abound and they are deep.

Final word:  exercise caution while driving or using sharp instruments such as knives as it is much easier to have an accident under this energy.

More on this energy, below.

9/2, 1:22 AM EST we have a poetic and highly intuitive Full Moon in the water sign of Pisces.

A Full Moon happens when the Sun is opposite the Moon.

This highlights the polarities (opposing forces) in our lives.

These polarities are of an emotional, physical and spiritual nature.  It can be one area or all three, and each Full Moon will feel different based on the sign and planetary aspects surrounding the Moon.

Awareness and emotion reach their peak and are heightened around Full Moons.  This is why we feel more edgy and anxious around these times, sometimes not even being able to sleep.

The Moon rules our subconscious, the raw emotions that lurk underneath the surface.

Everything comes to a head under this energy.  There is a tug of war between head and heart.

The Sun is in Virgo(Earth) while the Moon is in the opposite sign of Pisces (Water).

Virgo is more active and facts based while Pisces is more passive and receptive.

Both Virgo and Pisces are tapped in to higher forms of communication, Virgo through the mind Pisces through the spirit.

Intuitive flashes are stronger than normal under this Pisces Moon influence.

Pay attention to what is being communicated both verbally and non-verbally…..most of the information and impressions you receive now are likely to come from the intuition, not logic.

Dancing closely with Neptune (which happens to be Pisces ruling planet) this Moon is supporting our dreams, also our waking up spiritually to a different path , a higher calling.

The old ways are no longer serving us, it’s time to release the old to make way for the new.

Dare to be more bold,  dream in color is what this Pisces Moon offers us.

Join me for an online Full Moon Ceremony on 9/1, info and sign up here.

More on the energy below. 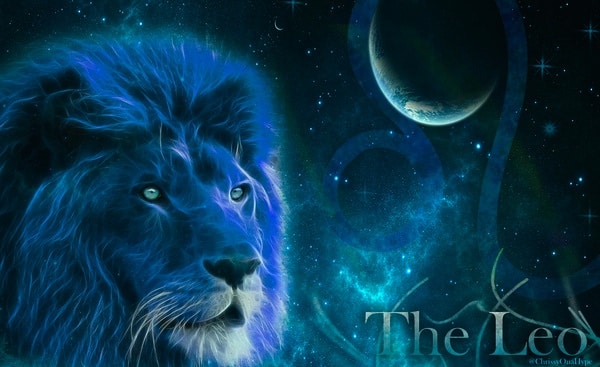 The Sun aligns with the Moon in the sky when it’s a New Moon meaning that they are in the same sign –Leo.

The Sun (ego) is in harmony with the Moon (soul) during a New Moon.

This sign asks us to define our desires, to recognize them and work towards them.

Leo wants us to take center stage, to shine our light.

We all are unique and can learn from each other.

Sitting nicely with Mercury (in a conjunction) communication is powerful at this time.  The mind and the heart are speaking to each other in a language that is understood.

Mars is in harmony with this planetary alignment as well, bringing in the fortitude and the action to ‘get the job done’, in whatever way that applies to/for you.

Overall, this New Moon energy is fabulous, emotionally stable and logical as we are right at the heels of Virgo season.

This is an excellent, supportive and productive time for any and all projects involving reading, writing, speaking, healing.  Any kind of creative work where you were lacking stamina could see a nice boost.

Hi, I'm Lisa, an intuitive tarot reader and instructor, spiritual advisor, and health and wellness coach. Learn more about me.